The time has come to sum up 2019, which was extremely dynamic in Alnea. Prestigious awards, distinctions, participation in conferences, fairs, social, training and technology projects. Another projects received by customers!

We have been awarded the prestigious distinction – Vector 2018. The efforts of the Alnea Group have been recognized for introducing into our life technologies that we could only recently see in science-fiction movies. The statuette came to us because we harnessed virtual reality to design, implement and supervise advanced automatic production lines.

President Alnea Krzysztof Kamiński sat on the jury of the Factory of the Year 2018 Competition and presented the distinction and award in the “Electronics and electrical engineering” category for BSH Akcesoria Gospodarstwa Domowego Sp. z o.o. The Factory of the Year competition is a unique event. Every year, outstanding entrepreneurs are awarded and other business leaders express their recognition. 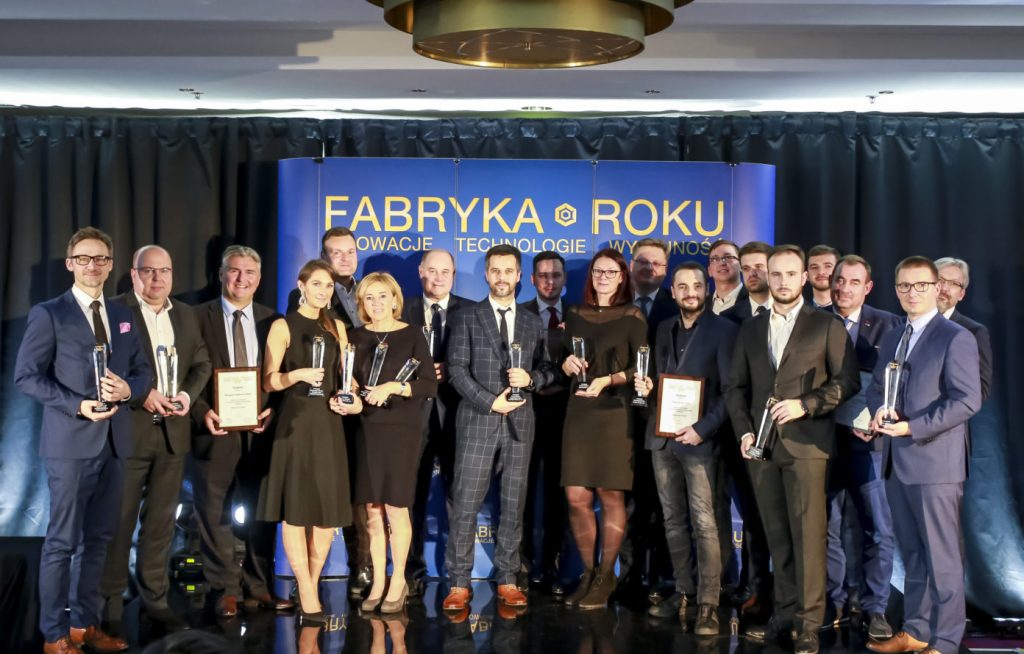 We were awarded the “Best of the Best” Laurel for 2018 in the category of innovation and development, as well as the distinction from the Head of the Stawiguda Commune for the good promotion of local production.

We have won a silver medal in the number of integrated KUKA robots! KUKA Polska has repeatedly rewarded our efforts – including in 2015 for our Zeus soldering package. We are so proud of it! 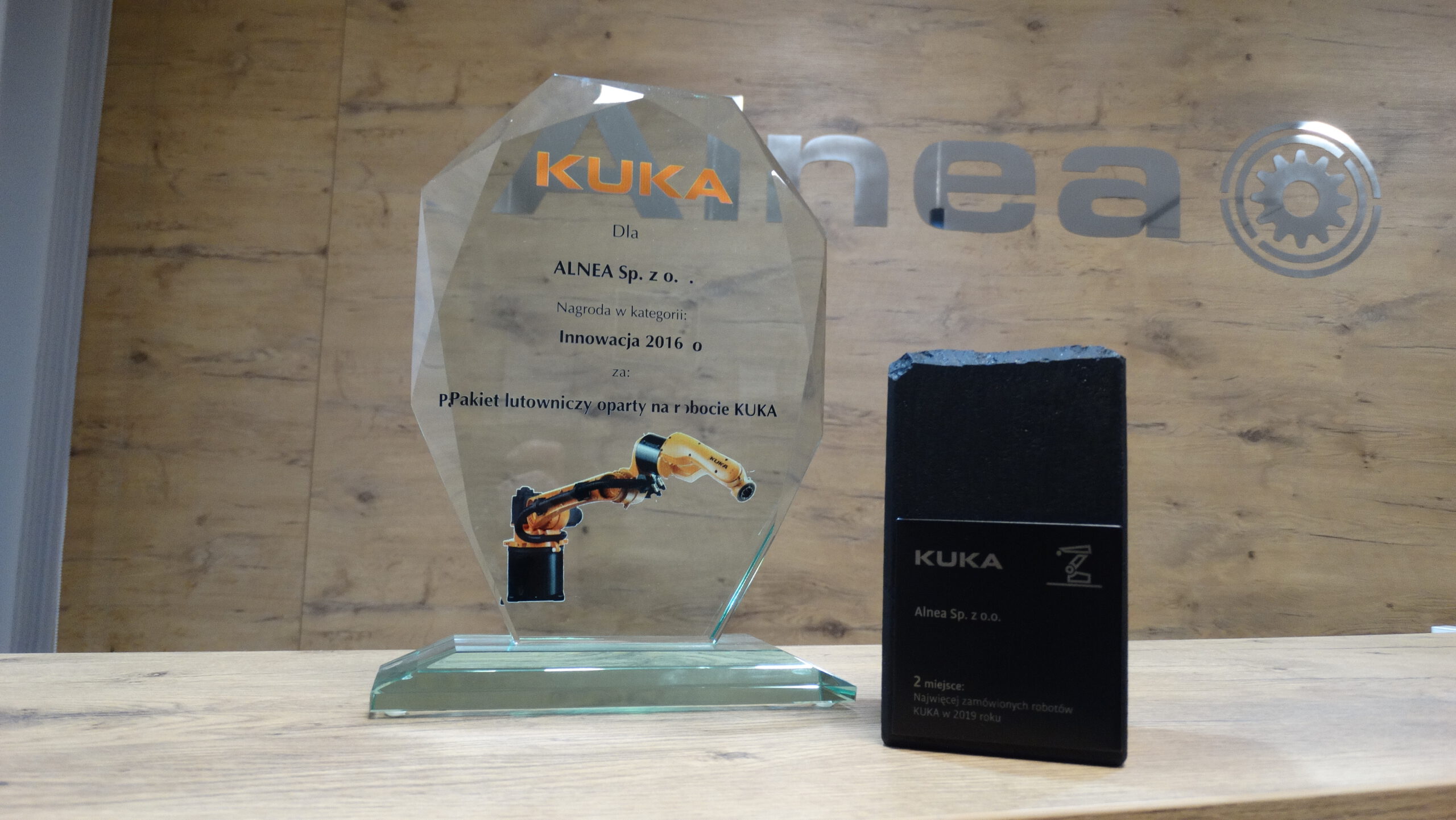 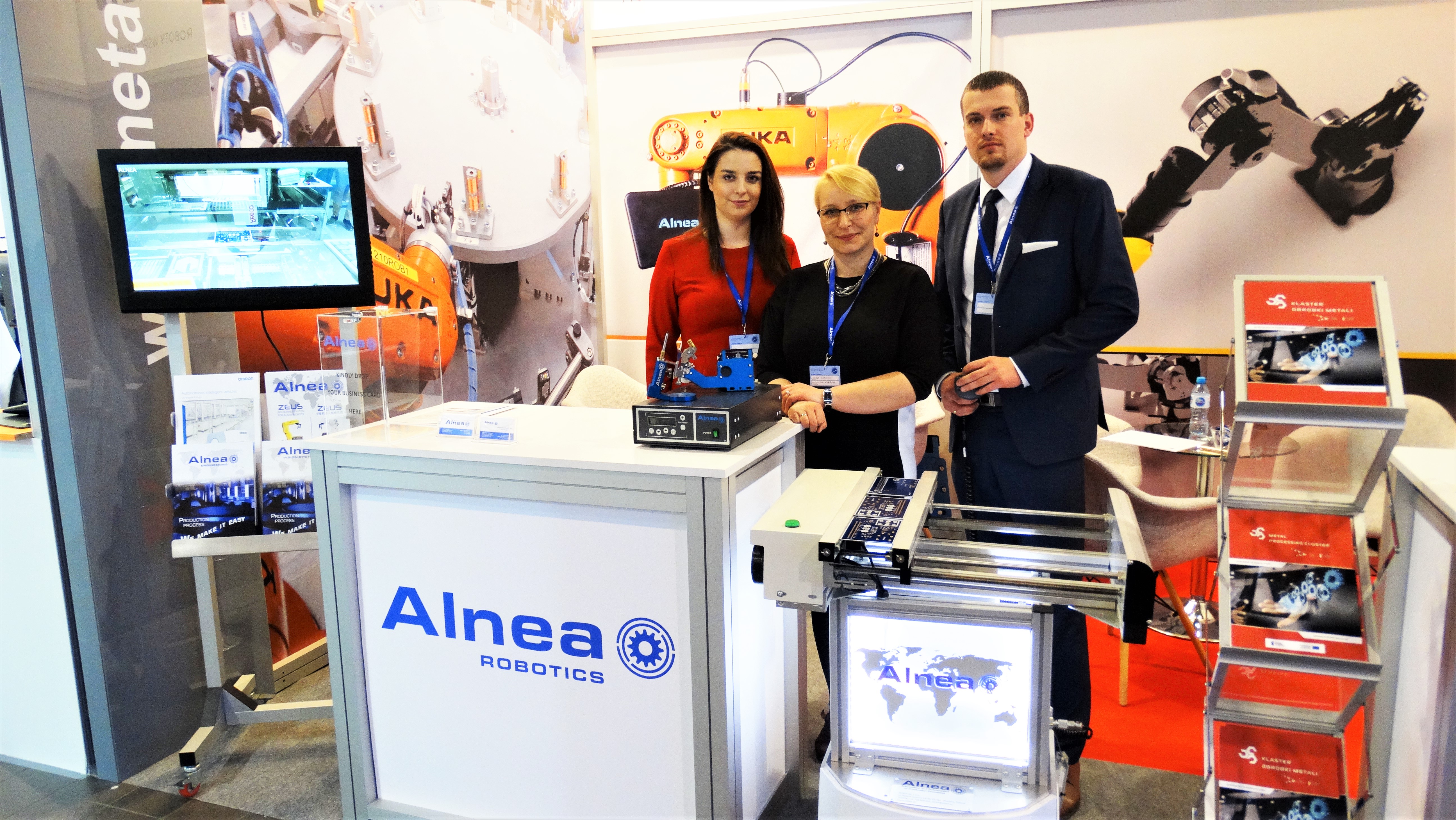 We have started the Alnea internship program, thanks to which we can support the education of a new generation of robotics, automation and programmers. In addition, we continued our mission of the Laboratory Program, which supports young people in deliberately shaping their professional careers through study visits to thriving companies. We supported a regionally important publication, becoming the main sponsor of August Klemens Popławski’s book “People of yesterday”. 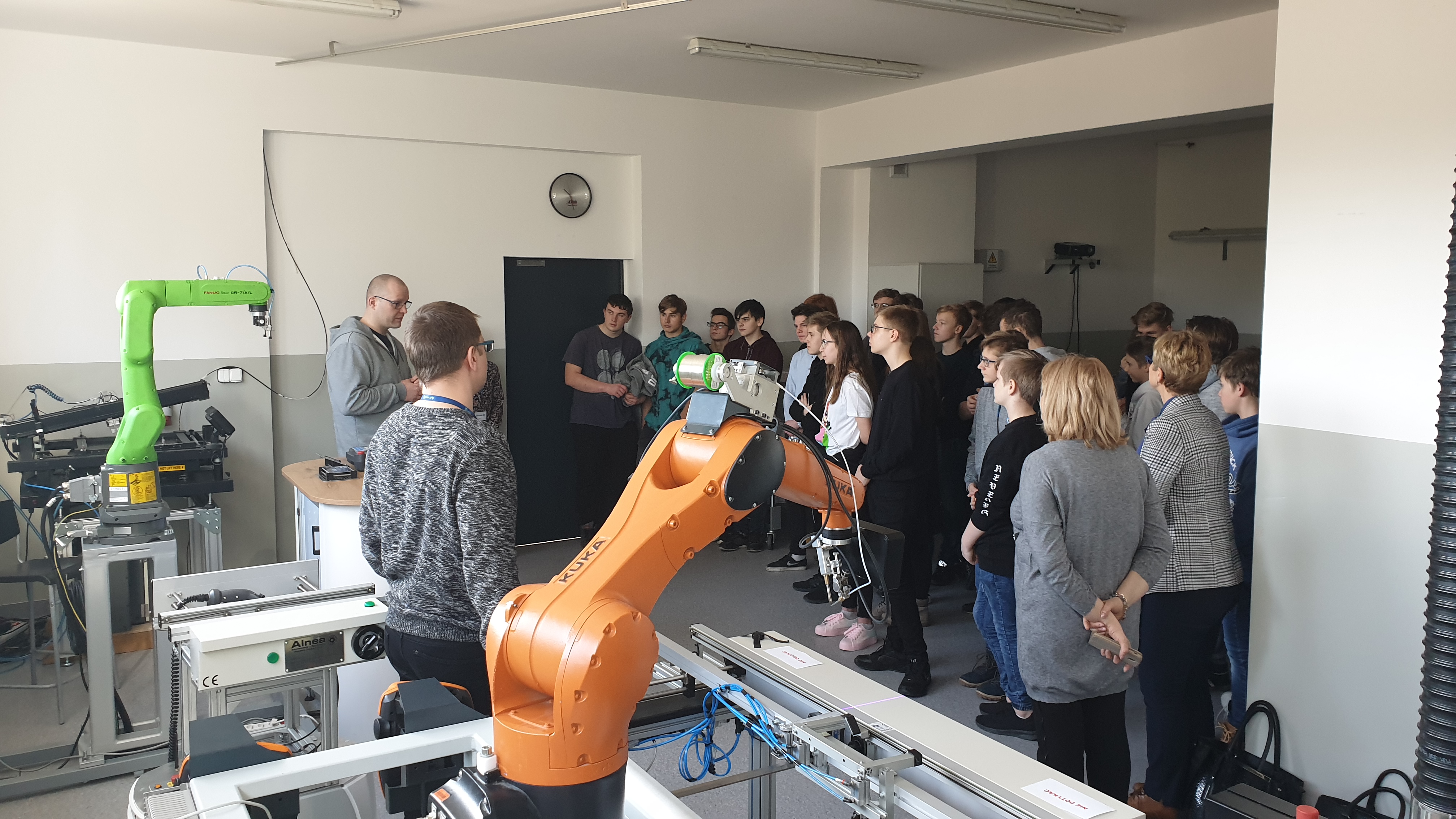 II Edition of Conference Automation and Robotics in Industry AiR

We organized the 2nd Edition of the “Industry Automation and Robotization” Conference. We gathered representatives of the most important automation and robotics suppliers in the world! We had the pleasure to host almost 150 industry representatives from all over Poland: CEOs, directors, business owners as well as engineers, robotics and automation specialists. Thanks to the cooperation with the WM Group, the whole event was broadcast on-line. Recordings of lectures and debates have been recorded and will be available on the website and on YouTube. 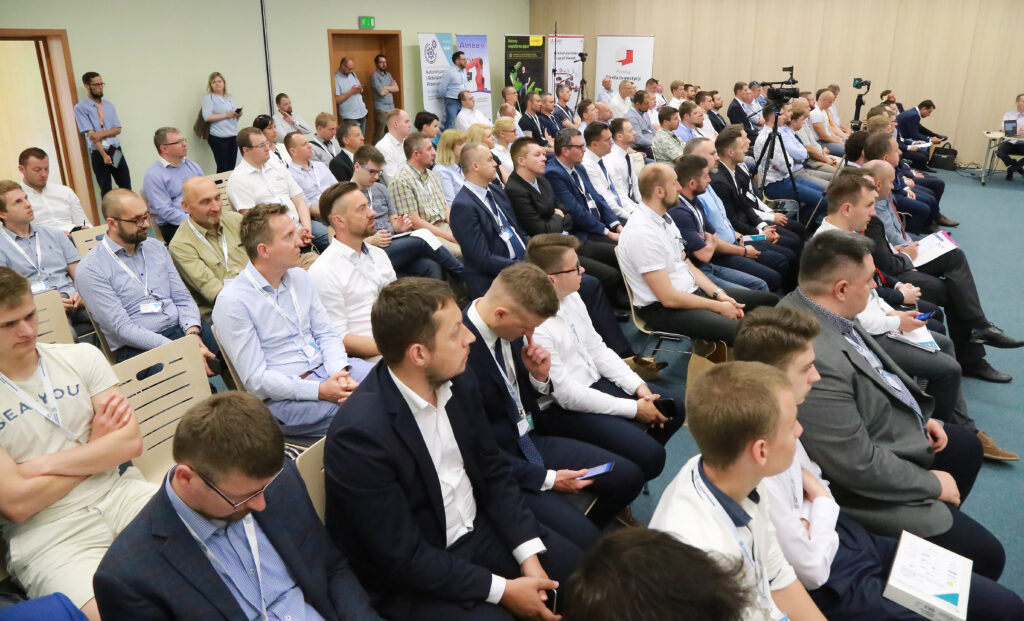 At the turn of November and December 2019, we trained over 50 managers from Polish enterprises as part of the ‘Industry of the Future’ project – a cross-sectional, inspirational and practical workshop for company managers.

The event took place all of Poland! Free training sessions were held in the largest cities to help them enter Industry 4.0 faster. Alnea decided to participate in such an important project because Poland needs to adapt its enterprises to modern requirements and prepare to compete on international markets. Thanks to specialist knowledge, another technological leap will be possible for domestic production companies.

We have entrusted our clients with further projects – assembly stations, robots, production lines and many more! We have high expectations, but we are driven by real challenges that require us to be creative, inventive and constantly improve. 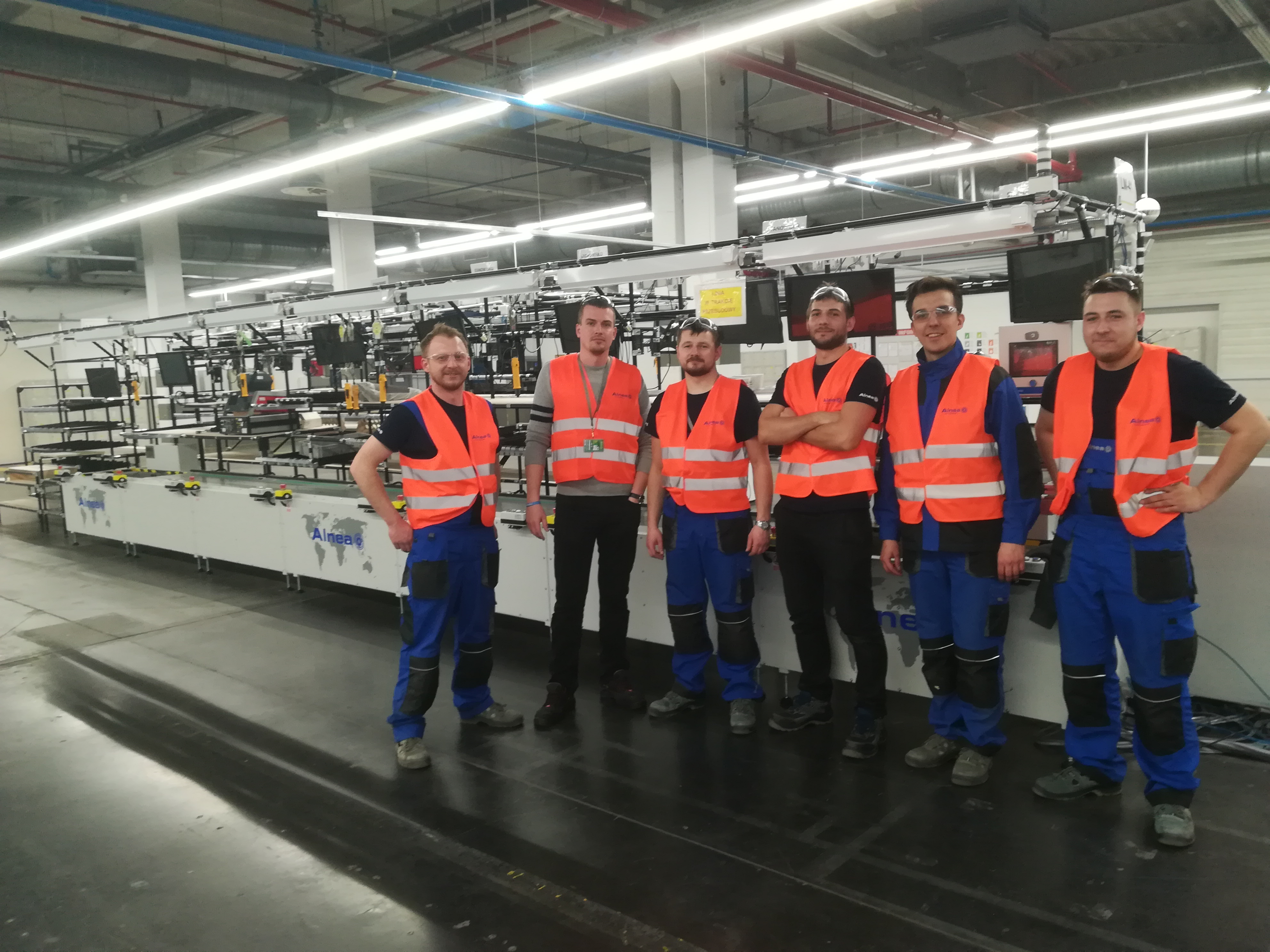 We will prepare for you an automatic, semi-automatic, robotic production line. Ask us about Horus Vision System!
biuro@alnea.pl